Well, it’s actually Roti Canai, pronounced Chennai, after the region in India where these flat breads originate from. But when I first saw that spelling ‘can I’ has always stuck in my head, as though it was always a good time to ask for one. Little else elicits more comments and likes on my facebook posts (even more so than my cat and renovation photos) than a snap of a crispy roti with a side bowl of curry. Friends, relatives and ex-Islanders who have tasted the delights of Christmas Island roti and no longer have regular access express their frustration and in some cases, direct abuse at me for showing such a photo.

I recall a discussion at work after I had not long moved to the island. My colleague was trying to convince me of the virtues of roti and how it was eaten, tearing the bread apart and using it to scoop up the curry sauce served on the side. As I stared incredulously at her, my reaction was similar to those I have subsequently tried to indoctrinate into the cult of roti…’Curry? For breakfast?!’

But, like all things that you aren’t supposed to have too much of, these little flat breads full of flour, condensed milk, margarine and then grilled with lots of oil are moreish…..and dangerously addictive.

They are usually available at one of the Malay cafes in the Kampong, but over the years these businesses have changed ownership and premises, and opened and closed, and you may invariably find yourself in an illicit roti kitchen in someone’s garage, getting your fix. No signage, no advertising, no fancy seating or decor, but a 30 minute wait with a queue down the driveway as word had spread around the island that a roti ‘den’ was in operation.

But for many ex residents, our local food experiences form some of their favourite memories of the island – all stemming from our unique and preserved mix of living Malay, Chinese and European cultures. Malay cafes and food stalls serving a range of delicious mouth- watering dishes, with a queue for homemade chicken satays that would rival a waiting line for the latest iphone release. Little noodle shops in tucked away places, with barely a menu on display, but everyone knowing what day of the week it was and what was the only meal option being served.

Our Noodle House being full of a lunch time, with a man behind the counter who literally squiggled your order in a hand drawn window on a sheet of paper, using no names or table numbers, and somehow your Bee Hoon miraculously finding its way to you. Another gent in long black pants and a collared shirt in the kitchen, manning 2 flaming woks, flinging ingredients in and tossing them all with gusto, then flipping them onto a dish in a matter of minutes – displaying all the flair and grace of a gifted showman.

As a small and remote island, Christmas Island has always had its challenges feeding its populace. A small cemetery on the island full of poor souls who perished with beriberi during early settlement is testament to that fact. In an unjust irony, Christmas Island was settled for the mining and exporting of rock phosphate, a slow release fertiliser. But our topsoil is deficient of much needed nitrogen and it is therefore challenging, or impossible, to grow conventional fruits and vegetables. Coupled with a drier than usual tropical environment and a lack of infrastructure, we have not been able to establish farming on any scale that could afford us self-sufficiency, and we are reliant on much of our foodstuffs being shipped and flown in, at great expense.

In the early days of settlement, low paid staff were heavily reliant on foodstuffs supplied to them by the British Phosphate Company. These basic supplies were also a means to control the working populace. Misbehaviour and disobedience could see ones rations reduced – stale items and white rice, long shipped to the island and stored for months, providing very little nutrition and sustenance.

To supplement their diet, the labourers caught fish and hunted easy to catch imperial pigeons and our large land crabs, the Robber crab. The pigeons faced extinction with the unsustainable numbers being poached and the authorities had to take harsh steps, fining people if caught with the birds in their possession.

Another way was to establish hidden gardens. Fresh herbs, chillies, lime trees, banana palms and papayas would be secretly grown on the edge of settlements, or areas near where there was mining activity. These subversive gardens undermined the power the corporation had over its workforce and would be destroyed if found and its’ owner punished, possibly with deportation. To this day, dotted around the island are the remnants of these long abandoned gardens. Lime trees, chilli bushes and banana palms provide the present day island inhabitants with a bit of ‘jungle shopping’ and the occasional surprise bounty whilst out exploring.

In recent years, a scientific study established in partnership between a West Australian university, the Phosphate mine and private enterprise, has identified a solution to the nitrogen deficiency – growing crops of legumes and then ploughing them back into the soil, in preparation for growing other crops. A small lease is under development, with some crops being commercialised early 2016. An aquaculture venture is also under development, which will enable better hydroponic options, and a supply of freshwater fish. 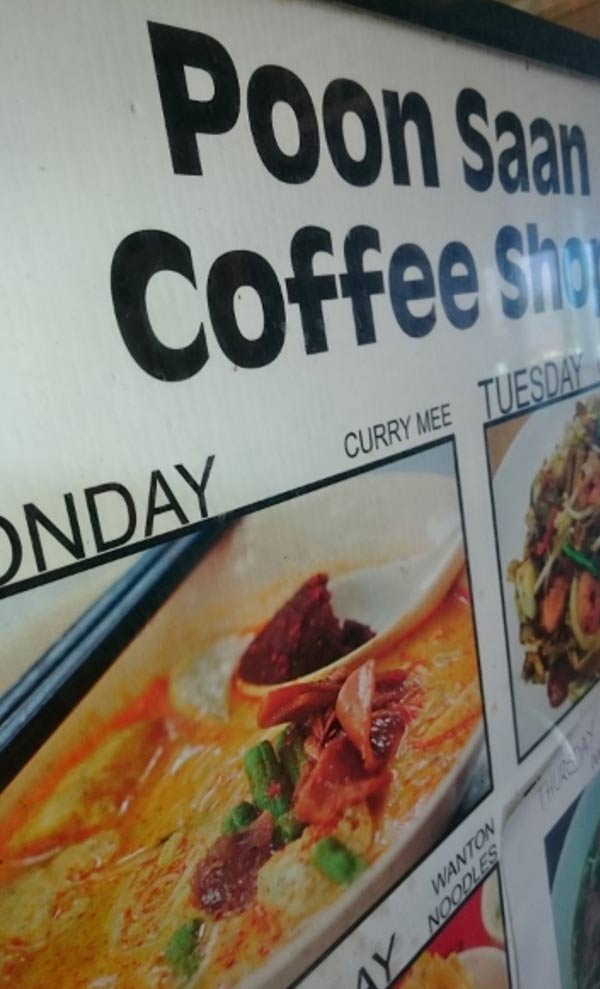 As Christmas Island looks to diversify its economy to embrace tourism, we won’t be in a position compete with the gourmet food regions around Australia for some time yet. And whilst the residents wait to see what the future brings with these new ventures, we will no doubt continue to make the most of our unique food culture, embracing the roti, Nasi Lemak, Wanton Wednesday, Fish ball Friday, Pork Rice Saturday and Chicken Rice Sunday and be thankful that we have access to these tasty and varied food options in such a small and remote dot in the middle of the Indian Ocean.